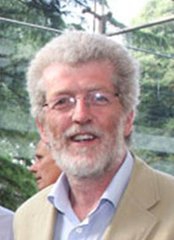 Following the launch of "Are we paying for that?" - Government Funding & Social Justice Advocacy , Senan Turnbull reflects on his experience of working in the public sector and considers the implications of the research and the future of the community and voluntary sector and State relationship.

“Are we paying for that?” is an enlightening and balanced review of the variety of relationships that exist between advocacy groups and their state funding agencies. The central issue is the absence of an overall policy framework within which such relationships should exist.

Author Brian Harvey analysed almost 100 cases of advocacy groups who have had positive, neutral or negative experiences with their funders when it came to their advocacy work. Some have had no interference or hindrance to their efforts which seek to change government policy. Another group has been limited in what advocacy they might undertake by virtue of a clause in their funding agreement which requires that they use funds for service delivery only; or they have been chastised for embarrassing the minister. A third category includes groups who, on the face of it, have had their funding and sometimes their very existence, terminated because of presumed challenging of policy, although was not always explained as this at the time.

In an enlightened society the work of advocacy groups should be an accepted aspect of how our democracy works. In this country however “Are we paying for that?” highlights how sensitive our system is to criticism.

I became involved in The Advocacy Initiative because I absolutely believe in the need for a constructive engagement between the community, voluntary and charities Sector and its myriad of State funding agencies. We cannot afford not to have it otherwise. However when I first saw the terms of reference for this report I was concerned fearing it would only be able to articulate all of the failures of the state and not recognise the positives which exist. I was concerned that all of those responding to the call to become engaged would be from among those who had grievances with their (former) funders and that constructing a balanced report, which would not alienate statutory body readers, would be impossible.

I’m happy we paid for this!

It is to Brian Harvey’s considerable credit that the research is a document of insight, balance and provocative ideas in the debate about the role of advocacy groups. In it he has developed a compelling account of the many aspects of the relationships between funders and advocacy groups. Any reasonable reader will find much to reflect on in the three central chapters which describe the very differing type of relationships that have been commonplace.

My experience has been primarily on the state side where over a career I would have been involved in an extensive number of programmes which sought to support, and challenge not-for-profits to undertake tasks in service provision and advocacy. What I saw was little overall coherence to the approach taken by the funders. Policy objectives as to the purpose of funds were usually very broad and the detail as to how the funds were to be used was left to the vagaries of the particular staff overseeing a programme/fund. This led to wildly different interpretations as to the expectations on each funded group which might be supportive or antagonistic with consequent pressures, or none, just to maintain funding.

Most funded groups will however have dealt with officials who were just doing their job as best they could. This usually meant that funding continued as long as there was no incident of mis-appropriation, or of an outright attack on the government, minister or department/agency. This completely random set of outcomes is, as the report states, entirely down to the lack of any overall guiding policy or philosophy to inform officials as to the state’s ambition in engaging with the community, voluntary and charities sector, especially if groups engage in advocacy work. Such an approach is not conducive to instilling confidence among the public.

This is not to suggest that all of the problems are on the state side of the table. Again because of the loose framework in which most funding regimes have existed, too many funded groups only met minimum requirements regarding their objectives, measurable outcomes and quality of impact. When problems arose with a funder the culture of raising the issue within our political system often worked to have the problem solved, but it often ignored poor performance. The negative side of this approach is that it enables the political system to engage with funders to ‘sort out’ a recipient organisation with which it is not happy. There are examples of this in the report.

It is often forgotten that these types of relationships are not unique to the sector. The absence of policy frameworks equally affect the ambitions of other state providers and the private sector, but these two sectors have a much more sophisticated advocacy system - often referred to in the negative as lobbying – as if to separate it from advocacy. To a public servant explaining a position, advocacy and lobbying are the same.

What should we pay for in the future?

What is now required is a process to engage politicians and public officials in an analysis of the nature of the relationship between the state and advocacy groups. The desired outcome of this should be one of mutual respect based on principles and practice which accept, even expect, that advocacy groups are a central element of our democratic system. It needs to be acknowledged that such groups add value to the policy debates by activating and supporting sectors of society who might not otherwise have a voice in our decision making/resource allocating processes.

It should recognise the validity of the sector to contribute to the debate based on clearer and more transparent standards than here-to-fore, but expecting equally that these standards should apply to the states own expenditure and programmes in terms of openness of its decision-making, and accountability for outcomes.

“Are we paying for that?” provides the motivation, and The Advocacy Initiative provides the structure around which we should urgently formulate policy and practice to achieve what the report highlights as lacking. I look forward to being part of that process.

Senan Turnbull is a volunteer in a number of civil society initiatives. He is a retired public servant with a particular interest in the nature of the relationship between the voluntary and state sectors.