We originated from discussions at the Centre for Non-Profit Management summer school in 2008. In 2010 we published a scoping study which exmained the state of play of social justice advocacy in Ireland. The following year we received three year project funding to promote the understanding, awareness and effectiveness of social justice advocacy in Ireland. We finished this work in August 2014.

This section looks at how we developed over the life of the project through a wide variety of activities and engagements that provided opportunities for those working in social justice advocacy. It outlines our objectives and goals and gives insight into how we were governed, evaluated and funded over the course of the project. It also outlines our engagement with a variety of sectors including the media, public sector, trade unions, academics, general public and community and voluntary sector.

Over the lifetime of the project we facilitated the organisation of a range of activities, which can be examined under a number of different headings/goals:

An Overview of Activities

There were two phases in the project, the first involved research and Scoping Activities (2008-2011) while the second focused on programme activities (2011-2014) outlined in the timeline below: 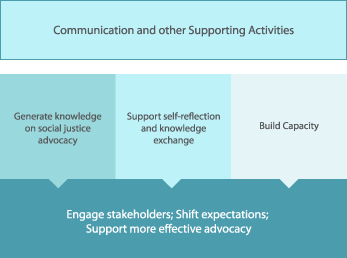 The Committee worked together to develop and agree the purpose and goals for a collaborative action to examine the current state of advocacy by community and voluntary organisations and its impact on relations with the state. This work was developed and underpinned based on a number of shared beliefs:

The Steering Committee sourced funding to undertake the initial research phase of this work from Atlantic Philanthropies and got underway in December 2009. Recommendations from the research were used as the basis for the development of a three year work programme and a further proposal for funding which the Atlantic Philanthropies ultimately also provided.

The timeline below outlines the various stages in our development both in an internal and external context. 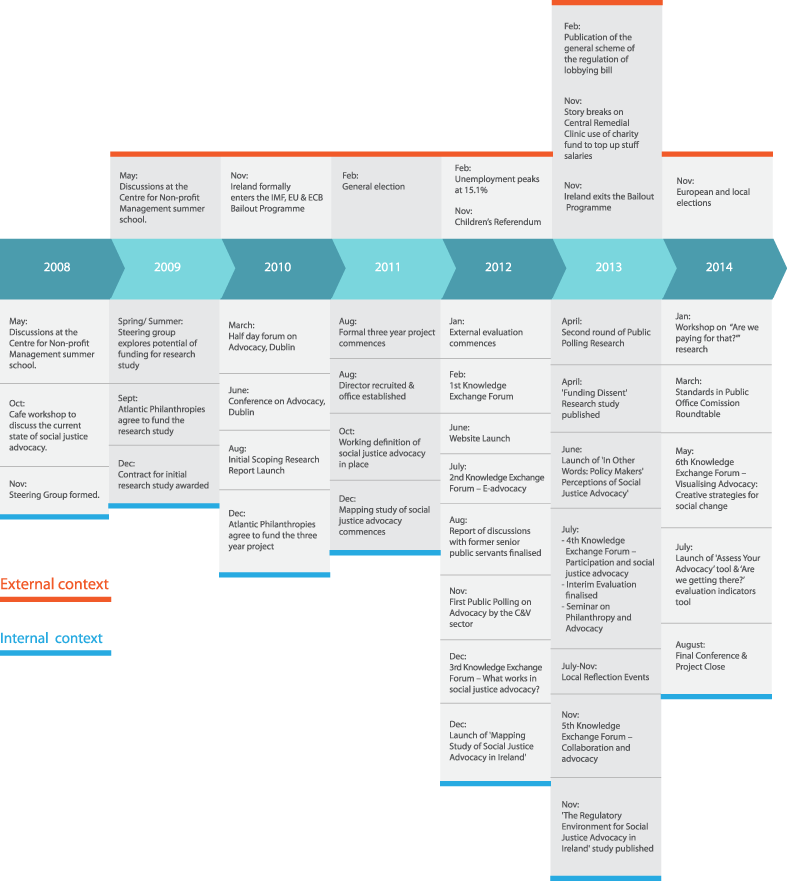 Video of President Michael D. Higgins speaking at our inagural Knowledge Exchange Forum 2012
Back to top