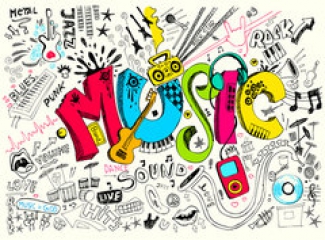 We are preparing for our 6th Knowledge Exchange Forum next Tuesday (May 27 th ) on the themes of creative and visual advocacy. Perhaps unsurprisingly given the theme, many of the creative strategies are visually led – data representation, posters, theatre, street performance, street art - though we do have some literature in there too. That got us to thinking given our rich musical history, what are the songs that have led to or supported social change in Ireland?

Many are those that are famous for their impact globally (Free Nelson Mandela, Feed the World, Strange Fruit, Blowin’ in the Wind, We Shall Overcome, etc etc etc). The BBC has suggested a list of top 20 Songs that Changed the World , a controversial list perhaps, but a nice place to get started and not without its Irish influences.

But what are the songs that can be associated with progressive social change in Ireland specifically? What songs have fuelled, supported and reflected social justice advocacy and activism? Which songs have captured the public imagination and raised awareness about injustice and inequality?

I put that question to popular music academic Michael Murphy in IADT. He acknowledged the heavyweights in this field like Christy Moore and Sinead O’Connor, but also pointed us in the direction of some less well-known songs. He highlighted newer artists who comment on a broad range of social actors like Temper-Mental MissElayneous.

Here’s some first ideas (in no particular order), let us know what you would add (or take out!) in the comments below and we’ll put together a playlist for the event next week, and maybe we can come up with our own Irish Top 20 #tunesofchange.

Girl in the Grotto performed here by Cry Before Dawn

Men Behind The Wire performed here by The Wolfe Tones

My Land is too Green performed here by Mary Coughlan

The Croppy Boy performed here by The Dubliners

Tiny Dancer performed here by A Song for Lily-Mae

Up Went Nelson performed here by The Go Lucky Four

It is not Irish, but for something a bit lighter check our Hugh Laurie’s Protest Song.