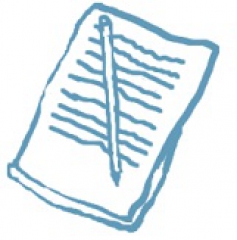 Sir, - I refer to coverage of our report on the perceptions of policy makers of community and voluntary organisations (‘Poverty Industry’ targeted in report, 25 June 2013). The article misrepresents the purpose, nature and findings of the report. This innovative report sought to find out what policy-makers really think of the advocacy and lobbying work done by community and voluntary organisations. We were not looking for a clap on the back. We are not naive, we know that the work we do is not always perfect.

The 33 policy-makers interviewed had nuanced and complicated views of the community and voluntary organisations. As we expected they had good and bad things to say. Your coverage suggested that the isolated views of some individuals represent the overall conclusions of the report. This is very misleading. The report tried to capture perceptions, not ‘review’ the sector generally as you suggest.

Community and voluntary organisations carry an enormous responsibility to those they serve – the most vulnerable in Irish society. We take this responsibility very seriously. We are grateful to those policy-makers who were prepared to help us reflect on how we can better live up to it. Your readers can see for themselves the outcomes of this process at www.advocacyinitiative.ie .

Leadership means being open and honest about how you can improve. This is not always easy and it is made harder when misconstrued as an attack. It is a pity that more people do not follow the leadership of community and voluntary organisations in engaging in open frank debate about how they can do better.

The article in Tuesday’s paper about the recent Advocacy Initiative study on policy makers’ perceptions of the community and voluntary sector (“Report says many voluntary organisations operate out of self-interest”, 25 June), fails to do justice to what is an important and nuanced study. While the research does reveal tensions between the sector and the state, it also provides unique insights into how our advocacy work is perceived. Among the many positive findings in the report is that two-thirds of the policy makers who participated in the study identified advocacy as a key role of community and voluntary organisations. Moreover, the majority of policy makers believed that the sector has a potentially significant role to play in social justice advocacy, since community and voluntary organisations are close to the ground and trusted by groups that are marginalised from decision making. Perhaps, one of the most valuable aspects of the report was that the policy makers who participated in the study were prepared to be so honest and forthright in their reflections, a facility rarely afforded to them. There is a huge amount to be learned from this report, and the views expressed reveal a complicated relationship that warrants nuanced analysis. We look forward to applying the learnings from the report to making social justice advocacy as effective as possible in the years ahead.

I was very dismayed to see the article in today’s paper about a recent Advocacy Initiative study on perceptions about the community and voluntary sector among policy makers. Having attended the launch of this unprecedented research, as well as reading the full report, it is clear that there is at times a fractious relationship between the ‘two sides’ and many would see this as a healthy tension in a vibrant democracy. However, the 33 interviewees who took part did not share a uniform view of the non-profit sector as the article you published would seem to suggest. Their views were in fact as nuanced and complex and interesting as the sector itself. I urge your readers to visit www.advocacyinitiative.ie to see the full report and to take part in this important debate, courageously initiated by the sector itself.

I am disappointed but not surprised at the “tabloid” type treatment in the article in today’s paper about the Advocacy’s Initiative’s report on perceptions of the community and voluntary sector. The article and its heading have all the hallmarks of selecting a number of negative quotations to put an adverse spin on the whole community and voluntary sector. There are over 12,000 organisations in the community and voluntary sector in Ireland, employing over 100,000 people and involving over 500,000 volunteers. The sector plays a critical part in society's response to a wide range of human needs. The activities of these groups is a means of delivering a wide range of public services in areas such as health, social services, education, culture and there are thousands of people engaged daily in providing such services throughout Ireland creating an untold quantum of public good.

Yes there is a major lack of regulation and scrutiny in the sector, but responsibility for this failure, like that in so many other sectors in Irish society, lies closer to the home of the public servant quoted in your article. As a sector, we have been actively seeking the implementation of the 2009 Charities Act to provide greater accountability, enhance public trust and confidence and to increase transparency in the sector. We are not afraid of critical analysis and in a sector as large and diverse as the community and voluntary sector we will have organisations that may not perform to the highest standards and they need to be held to account. But we also seek a more informed and balanced debate and reporting on the sector and the blanket “many voluntary organisations operate out of self-interest” type headline is both disheartening and insulting to the hundreds of thousands of staff and volunteers who work in the sector.

I am writing to you on behalf of the Irish National Organisation of the Unemployed about an article in today’s paper whose headline reads “Report says many voluntary organisations operate out of self-interest”. This report, In Other Words, was published by the Advocacy Initiative as part of its work “aimed at promoting the concept, practice and efficacy of social justice advocacy as a central feature of civil society.”

Within the Initiative social justice advocacy is seen as planned, organised and sustained actions undertaken by Community and Voluntary sector organisations. The purpose of these actions is to influence public policy outcomes, with and/or on behalf of individuals and communities we work with including people experiencing poverty, social and economic exclusion. A key element of the Initiative’s work is to engage with a wide range of policy makers, practitioners, opinion makers to ascertain their views on social justice advocacy in Ireland, to reflect on this learning and its implications for the development of future work. ‘In Other Words’ gives community and voluntary sector organisations plenty of food for thought and debate. Given the broad range of opinions expressed in the report and the recognition of the positive contribution made by community and voluntary organisations, it was very disappointing to see the headline and opening paragraphs of the article focused so strongly on the negative. Community and voluntary sector organisations are working on a daily basis to help individuals, families and communities struggling with the impact of the crisis and the austerity focus to subsequent policy responses. Open, honest and informed debate has an important role to play in addressing the challenges facing Ireland and it is critical that constructive spaces are created for such engagement.

It is good to see coverage of the recently published research of the Advocacy Initiative, which gives an honest view of how a selection of decision-makers view those who work in the community and voluntary sector. It is important to understand how such decision makers and legislators view those who promote social change. The research paper deserves further publicity in order to stimulate a more general debate on how to value (or not) all of those who straddle the space between public functions and private life, either on a paid or a voluntary basis.

However, I wonder how happy the interviewees for the report can be with how their views are represented in Ronan McGreevy's article today, which is not very flattering of those of us who work for social justice and human rights. It mainly portrays the views of one self-admitted cynical public servant. The research itself reports a much broader range of views which, while they may challenge those working in the voluntary sector, don't write us off entirely. The challenges raised can form the subject of more positive dialogue and better mutual understanding. It is to be hoped that the columns of your paper might reflect other aspects of the report in the future. Meanwhile, people can read the report for themselves at http://t.co/JvD7D8za7x