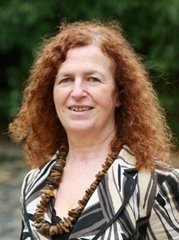 Advocacy is an integral and important part of the work of community and voluntary sector organisations, so why are they being criticised for doing it?

On October 14th The Sunday Times published an editorial questioning the need for state funding of advocacy in the community and voluntary sector. The newspaper argued that "public money is scarce, and criticism of the government is plentiful, so why should taxpayers fund more of it?"

On October 20th a response from The Advocacy Initiative was published emphasising the need for advocacy as it is a critical part of their mission to fight entrenched exclusions and inequalities in Irish society.

In this blog Candy Murphy, an Economist and Sociologist with years of experience in non-governmental organisations responds to the editorial and considers what lessons social justice advocates should take from the analysis.

"I read with interest The Sunday Times views on the government's decision to cut the budget of the National Women's Council of Ireland. The information in the editorial provides a rare insight into relationships between government officials/policy makers and the non-governmental organisations (NGOs) they fund and more significantly, on how these relationships can go wrong and what can happen when they do. It also illustrates the very negative way that some of the media in Ireland view the activities of the NGO sector.

Recent research I completed for The Advocacy Initiative casts some light on how in turn the NGOs view policy makers. The research surveyed non-profit organisations and elicited their views on, amongst other things, their perspectives on the policy making process in Ireland. Among 29 organisations carrying out advocacy across Ireland that responded revealed that:

A more in-depth analysis of five NGO organisations' advocacy on particular themes in the report highlighted how personal relationships with policy makers are so important in Ireland. From these case studies I concluded that 'It is important to be reasonable, constructive and professional when dealing with decision makers and to build relationships of trust. Appealing to the best in politicians and public servants can be helpful-their sense of fairness.'

My research combined with The Sunday Times editorial raises important issues on how NGOs and policy makers can work better together to improve policy and contribute to achieving a more efficient use of government resources and better outcomes for service users. It also illustrates how important it is, particularly in this media age, for NGOs to be able to demonstrate their effectiveness.

In my view this means looking at the causes of the problems that government funding is trying to address, which is the fundamental role that NGO advocacy can play by drawing on their organisation's knowledge of the issues involved - captured from clients, data analysis, research and through networks in Ireland and internationally - to inform more effective policy making and fund allocation.

Effective NGOs use their advocacy skills to critique government policy, not criticise it, and are much too serious in their endeavours to spend their time 'providing a running commentary of government policy' as suggested in The Sunday Times editorial.

By prioritising frontline services to the detriment of advocacy and research as the editorial proposes we are doomed to repeat mistakes and learn little from experience. The danger of such an approach is that underlying problems will remain, resulting in disadvantaged service users, confused citizens, a negative media along with a focus by government, especially in today's economic climate, on cutting without improving outcomes, resulting in a lose-lose situation for all concerned.

To use an analogy, would a doctor keep applying a plaster to a bleed or would she/he look for the causes of the bleed? Similarly governments and NGOs need to work together to identify the causes of problems and agree how best to overcome them using research and advocacy if it is to be effective. For example, we all agree that active labour market policies and programmes are more beneficial than simply handing out welfare payments and detailed research and advocacy by NGOs has helped to identify which policies and programmes can be most effective, while also being efficient.

So what can NGOs working in Ireland learn from all this? In my view it is that:
- Relationships of trust and respect between government officials/policymakers and NGO advocates are very important, but this is a dangerous strategy if not backed up by hard evidence.
- There is a long way to go to convince some officials and some media that advocacy can play a key role in improving the effectiveness and efficiency of government spending.
- In a time of scarce resources we all must work together to identify and address causes and not symptoms in every field, including in the field of social policy.

In my opinion The Sunday Times is wrong to encourage the present government 'to prioritise frontline services over advocacy and research' because to use a famous quote 'those who do not learn from history are doomed to repeat it'. Frontline services are vital, but so is an informed understanding of what causes the problems such services are striving to address and this is where research and advocacy comes in."

The Mapping Study of Social Justice Advocacy undertaken by Candy Murphy of CMAdvice Ltd., will be launched in Dublin on 18th December at The Advocacy Initiative's 3rd Knowledge Exchange Forum which you can read about and register for here.

Candy Murphy is an Economist and Sociologist based in Dublin with over 35 years of experience researching, analysing and advising on public policy making in Ireland and at EU level. She also worked for six years as an advocate in the NGO sector and has worked with many NGOs in formulating strategic plans and in reviewing policy and programme implementation. She currently runs her own consultancy company, CMAdvice Ltd.