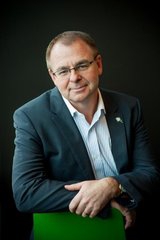 On March 13th this year, the Australian Finance Minister, Penny Wong introduced a Bill into the Senate banning gag clauses in all Federal government contracts with the not-for-profit sector.

In this blog David Crosbie unveils the rationale for the introduction of a new Bill into the Australian Senate looking to ban gag clauses in government contracts with the non-for-profit sector. He examines what this means for the sector and the communities its represents.

The response of the charities sector to the Bill was best summed up by Rev. Tim Costello, Chair of the Community Council for Australia (CCA) and CEO of World Vision when he said, ‘this is a welcome move that acknowledges the important role of charities and not-for-profit organisations in our communities. Civil society is at its best when the voice of the not-for-profit sector can be heard loud and clear. The removal of gag clauses is a critical part of the reform process, and one charities and not-for-profits strongly welcome. ’

To understand how this legislation ended up being tabled in our parliament, it is important to know the three significant factors that have informed the government’s approach to this issue.

The first relates to the value of the not-for-profit sector both socially and economically. While Australians have been revelling in the mining boom or lamenting the decline of retailing and manufacturing, there is one large part of the Australian economy that has been quietly and consistently exceeding expectations. In less than a decade the not-for-profit sector has more than doubled its contribution to GDP, a performance that outstrips any other Australian industry other than mining.

Currently the sector employs over one million Australians (second only to retailing), has over five million volunteers and turns over around $100 billion annually. It is a major player in our economy, as well as making a massive contribution to community life in Australia. Whether they operate in welfare, arts and culture, recreation, education, health, environment, disability or housing it is not-for-profit groups that engage and enable our community to be strong and caring.

The second context for the removal of gag clauses relates to local politics. In the last year, the conservative government in Queensland imposed clauses in contracts funding community health programs that do not allow organisations to advocate for any change in legislation or policy, or even to have links on their website to organisations seeking to engage in this form of advocacy. These ‘gag’ clauses apply to any organisation receiving more than 50% of their funding from the Queensland State Health Department.

The third reason relates to the broader issue of government management by contract. The Australian Productivity Commission noted that there had been a significant increase in the micro-management of organisations by governments through contractual arrangements that stipulate many aspects of operational practice. All political parties have agreed this is not desirable and are working to reduce this unnecessary and counter-productive over-reaching by bureaucracies.

It is these three factors that have driven the Federal government to formalising their commitment to independence in legislation.

Not-for-profit organisations are used to continually bending and swaying with the winds of change, but most keep their roots firmly planted in responding to the needs of the communities they serve. As the anti-gag legislation highlights, serving a community is not just about program delivery, it is also about advocating for their needs.

In Australia, the not-for-profit services most likely to lose funding and support are typically the least politically powerful. Whether the organisation may be making a real difference with limited resources is not as important as whether the organisation has a positive media profile combined with strong community support, and a capacity to claim success (with or without good evidence).

The reality is that doing good work is not enough, particularly if no-one understands or knows about your achievements. Without strong advocacy and acknowledgement of the value an organisation provides to their community, even the best not-for-profit organisations engaged in excellent work may become vulnerable.

Removal of gag clauses in Federal government contracts may not be seen as a major structural reform, but in the Australian context, this new legislative move by the Federal government has enshrined the notion that not-for-profit organisations receiving government funding are independent entities with their own purposes and their own agendas.

While the avoidance of short term political embarrassment may drive many political strategies, supporting the independence of the not-for-profit sector is a longer term investment that will deliver real dividends for the community, now and into the future. A stronger more independent not-for-profit sector is essential in building flourishing communities. And isn’t that what we are all trying to achieve?

David Crosbie is currently Chief Executive Officer of the Community Council for Australia (CCA), a member of both the Not-for-profit Sector Reform Council and the Advisory Board to the Australian Charities and Not-for-profit Commission. CCA is a membership organisation and works to strengthen the whole of the NFP sector in Australia by being an effective voice on issues shared throughout the sector. David is formerly CEO of the Mental Health Council of Australia, Odyssey House Victoria and the Alcohol and other Drugs Council of Australia. He has served on a range of key national bodies including as Chair of the National Compact Expert Advisory Group and a member of the Community Response Task Group chaired by Julia Gillard. David is board director of several not-for-profits including the Foundation for Alcohol Research and Education.