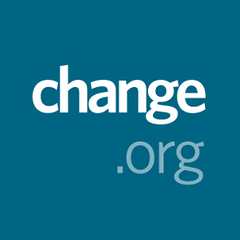 NDUMIE FUNDA was as powerless a person as you could find in the world. A lesbian black South African who had just witnessed the 'corrective rape' of her girlfriend, Ndumie sat alone in an internet café in Johannesburg, wondering how she could make things better.

That's when she started her petition.

More than 170,000 people around the world signed it, forcing the South African government to launch a national taskforce to tackle the issue. E-campaigning can make our world a better place. It can make Ireland a better place as members of The Advocacy Initiative here want to do. Ndumie's case is a shining example.

Social networking then takes this power and makes it shareable, instantly. One person with a laptop now has more chance of changing the world than ever before. Molly Katchpole, a 22-year-old nanny working two jobs was furious when her bank told her that they were introducing a charge for using her debit card. So she started a petition on Change.org and over 220,000 backed her. The bank changed its policy.

When I was a student I also took a stand against a powerful bank, HSBC. At the time all banks allowed graduates to pay down their overdrafts over time. My campaign erupted when HSBC announced an immediate hike of the overdraft rate from 0 per cent to 9.9 per cent. As news of this spread
across the country, I and 7,000 other students took to Facebook to share news and offer support. We quickly planned a nationwide day of flash queues. It took six days of growing media pressure, and the threat of widespread disruption for HSBC to back down and announce that they would indeed "listen to their customers".

"You need to mix up on and offline campaigning"

While people power through e-campaigning is compelling to politicians and companies, it's not always enough - just as my HSBC Facebook campaign showed. To really win campaigns and make your voice heard you need to mix up on and offline campaigning - you also need to be
ready to get out there to meet TDs, protest at company AGMs, email, phone or organise those demonstrations of flash queues - it's not always easy but it is important.

Don't get me wrong - I don't think e-campaigning is a silver bullet. It's foolish and naïve to think that you can fix all the world's problems with a click of a mouse. But every day more and more people are taking to the internet not because they think it can solve every problem in the world
- but because they know that it's the best way we now have of finding other people who care about your issue, giving you a much better chance of winning from the start.

At change.org where I now work, we see countless personal campaigns that quickly gain support every day. People with extraordinary stories are starting their own personal campaigns - and winning for the greater good. Take Ghada, a Ryanair flight attendant. She loved her job but had had enough of the sexist adverts Ryanair kept on putting out with "Red Hot Fares & Crew" campaign. Ghada found that she wasn't alone. Over 11,000 people stood with her and the Advertising Standards Authority in the UK announced a ban on the adverts.

Alone Ghada, Ndumie or Molly's campaigns are little victories, but they matter. One by one they're changing the balance of power between individuals and the powerful institutions that govern our lives. And, every time someone wins it proves that you don't need fancy lobbyists and huge media budgets to get heard anymore.

E-campaigning is at the heart of this rapid power shift - it's driven by ordinary people around the world who are challenging power like never before. That - to me at least - is hugely exciting.

This article appeared on thejournal.ie