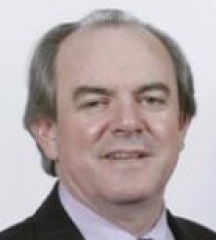 Our recent launch of "Are we paying for that?" - Government funding and social justice advocacy highlighted the issues some community and voluntary organisations have experienced in their advocacy work in relation to receiving funding from the state. In this blog Gerry Mangan gives his views on how advocates and policy makers could work better together.

The following are some views on advocacy from the dual perspective of over twenty years of service at Saint Vincent de Paul in Jobstown, West Tallaght and from a slightly longer period as a policy maker in the Department of Social Protection.

The best interests of those being represented should be paramount. This can require much thought and analysis, as how best to advance these interests is not always fully clear in any given situation. The following are some points for consideration.

As a priority have clear, detailed evidence for the case being made and first hand knowledge of the situation of those being represented. Knowing it does not always mean being able to effectively convey it and much preparation should go in to how best to engage the interest, sympathy and respect of the other side. It can be particularly helpful to include at least one of the group being represented on the delegation and give them an opportunity to outline their circumstances and why additional state support is crucial.

It is also important, if possible, to give each member of the delegation an opportunity to contribute at meetings.

Case to be made

You may place all your demands on the table without specifying priorities. However, it can be more effective to prioritise and focus on demands that may be deliverable in the short term. Progress can then be built on subsequently. ‘Reasonable demands’ in this context comes down to demands that are ‘reasonably’ deliverable.

As we know politics is essentially about reconciling the differing interests in society with a view to progressing the welfare of all. This political process determines levels of taxation and allocation of resources to the various groups in society with reference to their needs, but also to their power. But the first duty of Governments is to govern and this can also include the rejection of specific demands for reasons such as resource limits, impracticability, fairness and so on. Tension always exists within the political process between the need to gather and maintain political support and the need sometimes to deny various interests, reject demands, or make unpopular decisions.

Much of the competition for resources and services in the context of social justice advocacy comes from within the community and voluntary sector itself. Those organisations with the most power and/or who are the most effective at advocacy are generally more successful, which may not always be fully related to the merits of their case.

Advocacy is mainly directed at officials in the public service, politicians and through the media. Public service officials usually have a shared commitment with social justice advocates to the interests of the groups and services they represent. The relationship between both sides, however, can vary from being polarized and confrontational to one of partnership, based on greater trust and mutual respect. Both sides need to reflect on where on the continuum the relationship is and how best a better relationship can be achieved.

Having the opportunity to make representations directly to ministers is an achievement in itself as that is where much of the power lies. However, it requires careful preparation on the lines suggested above to get the most from the encounter. Government TDs have the capacity using the ‘inside track’ to bring pressure to bear on ministers and government more generally, but won’t usually wish to exert that pressure publicly. The main power opposition politicians have is to seek to bring public pressure on ministers and the government. This can lead to defensiveness at times on the part of the line ministers and reluctance sometimes to be seen to be giving in to opposition demands, thus conceding that their policies are defective and/or unfair. This may on occasion spill over into distrust, and sometimes even resentment, against the social justice advocates for their role in creating opposition pressure.

All of these options can yield results, but it is important to choose them with your eyes open fully aware of the possible consequences both positive and negative.

Advocacy is frequently understood as seeking change publicly. Using the media can be an effective way of getting publicity and thus exerting public pressure for the groups being represented. Sometimes this publicity can be welcomed by policy makers experiencing difficulty in getting support within the system for groups and services they consider is warranted. However, it may also result in success at the price of groups and services in greater need. Policy makers may want to say ‘no’ to demands for good reasons, but publicity may force their hands into adopting policies and approaches they may consider sub-optimal and unfair to other groups.

Publicity in the media generally works best for achieving good policy outcomes if it is fair and balanced, but at times this is not the case. Media frequently focus on issues or those aspects of issues that are the most ‘newsworthy’ but often not the most worthy of extra resources and services. Balancing arguments are not always fairly put, as that can dilute newsworthiness. Public servants, usually debarred from media comment, are often frustrated at the line taken by media commentators which can often show indifference to the intricacies of policy making. This stems, in their view, from the fact that most commentators, unlike politicians and public servants, have not had the direct experience of having to make major decisions, justify them to the public and live with the consequences. Using the media to best effect, therefore, requires careful thought in the context of the whole political process and the impact on relations with all the policy makers you have to engage with.

The above analysis applies mainly to advocacy on specific issues for specific groups. However, there is the more fundamental challenge of working effectively to win public support for a fairer, more equal and just society, informed by a rights based approach. The community and voluntary sector as a whole has a pivotal role in this form of advocacy and hopefully The Advocacy Initiative will promote reflection and debate on how greater progress can be achieved by the sector working cohesively and inclusively on these fundamental goals in the years ahead.

Gerry Mangan is the former Director of the Office for Social Inclusion in the Department of Social Protection. Gerry is a member of The Advocacy Initiative Project Management Group